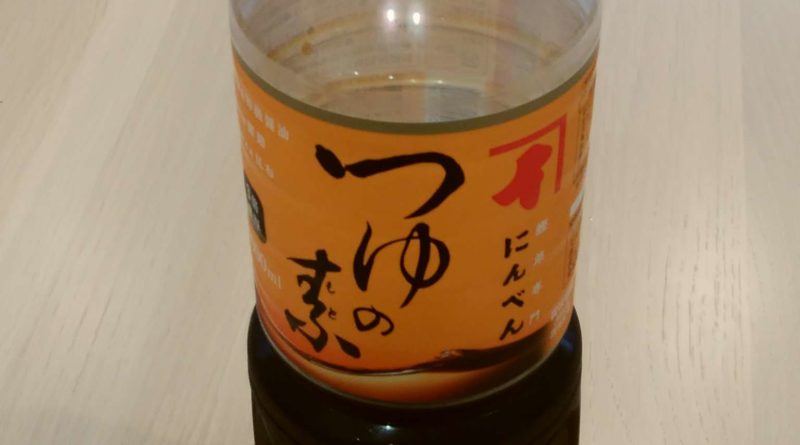 Japanese cuisine uses a variety of seasonings, including dashi (Japanese soup stock). However, it is difficult and time-consuming to make dashi every time, and it is difficult to prepare all of the numerous seasonings.

That’s why mentsuyu is useful for home cooking.

What is mentsuyu? What is the difference between Tsuyu?

Mentsuyu (めんつゆ or 麺つゆ) is a compound word of “men” (めん) and “tsuyu” (つゆ). “Men” means noodle and “tsuyu” means soup. So, mentsuyu is basically a concentrated soup for Japanese noodles such as soba and udon.

Although mentsuyu means soba & udon noodle soup base, it can be used for various dishes. Mentsuyu contains dashi, soy sauce, mirin (sweet cooking rice wine), sugar, and so on. And these are common seasonings used in many Japanese dishes.

Mentsuyu is sold by a variety of food manufacturers, and the product names vary.

There are subtle differences between them, but broadly speaking, they are the same mentsuyu.

Using mentsuyu, you can quickly make the following dishes.

Of these, 1-4 simply dilute mentsuyu with water to make a soup or sauce. Dilute thinly for soups and thickly for sauces. The dilution ratio is indicated on the product package.

Somen tsuyu and tempura sauce are available as special products, but you can also use mentsuyu as a substitute.

Items with links include recipe articles. Depending on the dish and taste, sweetness or dashi may be added.

I had initially planned to show you these recipes, but I found that a mentsuyu manufacturer had already created recipe pages in English. See the following web page:

Mentsuyu may be expensive if purchased outside Japan. You can also purchase Yamaki’s mentsuyu at Amazon.com but in Japan it is less than U.S. 2 dollars. I recommend buying it at an imported food store or when traveling to Japan.

In Japan, you can buy it at any supermarket, convenience store or drugstore.

Product names of mentsuyu vary, but always include the word “つゆ”.

Mentsuyu is usually concentrated. The dilution ratio of mentsuyu is written on the product label, but in case you don’t understand Japanese, here is the general dilution ratio.

For example, in the case of 3-fold concentrated mentsuyu, dilute with water as follows.

Popular brands of mentsuyu in Japan include Yamaki, Kikkoman, Ninben, mizkan, and Yamasa.

The mentsuyu I recommend is “Tsuyu no Moto” from “NINBEN” (にんべん, top image). NINBEN located in Tokyo is a katsuobushi (dried bonito flakes) manufacturer founded in 1699. Because of this history, the flavor of katsuobushi is exceptional and you can achieve an authentic taste. You can buy it at supermarkets and drugstores in Japan.

However, Ninben’s mentsuyu may be too expensive on Amazon.com. If it is difficult to obtain, Yamaki’s Men Tsuyu or Kikkoman’s Hon Tsuyu are also recommended. Although the names vary, they are all equally usable mentsuyu (the thickness may vary).

The following is a popular product as mentsuyu in western Japan. This is a powdered type of soup stock. If you like Kyoto’s udon soup, this may be a closer choice. 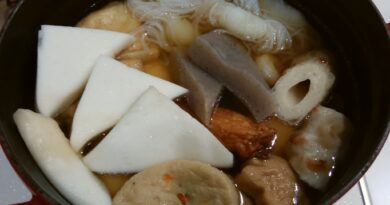 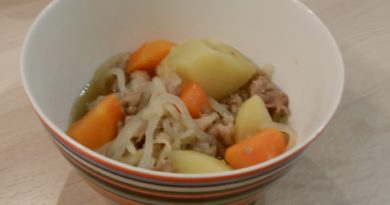